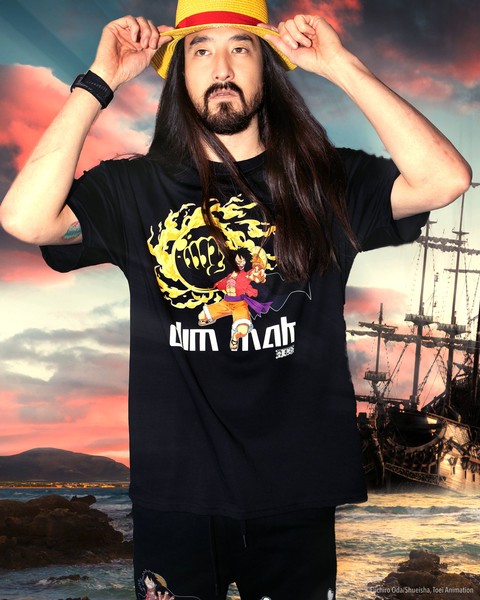 The limited edition lineup will launch exclusively at AX, and then later through Dim Mak’s online store and the NTWRK shopping app.

In addition, Aoki will hold a performance at AX on July 2 to promote One Piece Film Red. Tickets are available exclusively to Anime Expo attendees.

Steve Aoki is a two-time Grammy-nominated producer/DJ. In the anime world, he arranged and composed the “Lights Go Out” insert song featured in Carole & Tuesday episode 19. In 1996, he founded Dim Mak, an independent record label, music, and fashion lifestyle brand. The brand has collaborated with a number of popular anime titles, including Naruto, Inuyasha, and Bleach.